The report describes the foreign policy perceptions held by Russia’s elite using three concepts: Revanchism, Russians and Justice. Russia’s elite is revanchist in relation to the West, which is seen as hypocritical and inimical to Russia’s interests. It seeks to create a Russia which is centred on Russians and values the state above all. Russia’s elite seeks to create a world order, which they consider just and in which Russia has a central position. With these three aims, Russia’s elite perceives the past, present and future in a manner that is fundamentally different from the dominant perceptions in the West. On this background, there is a risk that relations between Russia and the West will suffer from mutual incomprehension in the years to come.

Denmark must quickly determine how to engage with Russia. In the short term, Denmark might cooperate with Russia in some areas, such as the relaxation of visa requirements, improving transport in the Arctic and, to a certain extent, economic issues. This could gradually enable Denmark and Russia to rebuild up a certain level of mutual trust. However, the report argues that such trust might be limited by a lack of acceptance and understanding of political perceptions in the West by Russia’s elite. Therefore, the report argues that it might be advantageous for Denmark to seek such acceptance and understanding before attempting to engage in significant cooperation on other issues.

The report consists of three parts. The first part analyses how Russia’s elite views the world as a whole, the West, Russia and the position of Russia in the world. The second and third parts analyse how Russia’s elite views two areas near Denmark: the Baltic region and the Arctic. Based on these analyses, the report provides recommendations for Danish policy towards Russia in the coming years.

For a Danish version of the report click here. 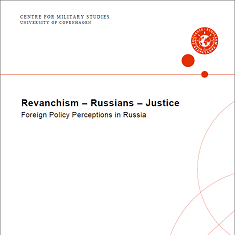 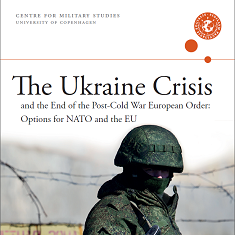