Efforts aimed at stabilizing The Horn of Africa by combating maritime crime should be more flexible and focus on additional types of crime in a greater geographical area, if the efforts must have a significant effect. This is one of the main points of the new report published in a cooperation between CMS and UNODC.

Crime thrives both at land and at sea

Not only piracy and illegal fishery threaten the stability in the region surrounding The Horn of Africa. The effort against maritime crime has until now primarily focused on piracy. While this effort has contributed to a significant reduction on the amount of pirate attacks, it has also contributed to the fact that some criminal networks have shifted their activities from one type of maritime crime to another. In this way, piracy is lessened but this is not the instance for maritime crime viewed in a broader perspective – including activities such as smuggling operations of weapons and heroin. With regard to stability in the region, maritime crime is contributing to the growth of criminal networks and terror groups on land. For example, some of the weapons smuggled to Somalia through maritime routes end up in the hands of groups like Al-Shabaab.

Changing currents create a need for a new course

The complex and altering nature of the problem makes it necessary for many types of actors to cooperate.  Therefore, this report comes with a list of recommendations targeted towards individual donors and implementing organizations, as well as recommendations that require actors to cooperate. The report turns focus forward and concludes that a narrow focus on piracy for the future will not be sufficient, and a significant change in the efforts against maritime crime is necessary. As the title suggests, the report seeks to create a new starting point for future activities and efforts against maritime crime, consequently making it easier to navigate the changing currents of maritime crime off The Horn of Africa.

The report has been developed in collaboration between CMS and the United Nations Office of Drugs and Crime’s Global Maritime Crime Program (UNODCS GMCP), commissioned by the Danish Embassy in Nairobi as part of the evaluation of activities carried out under the latest Peace and Stability Program (2015-2017) for The Horn of Africa. 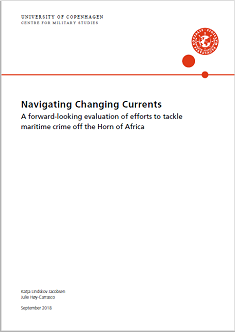 Figure 3: Migration Routes in The Horn of Africa

Figure 4: Weapon Smuggling Routes in The Horn of Africa