Learning from the F-16

When Denmark chose to acquire a fleet of 58 F-16 combat aircraft in 1975, it received substantial and disproportionate benefits given the way that investment was made and managed.  Buying a common aircraft type together with allies deepened Denmark’s ties to its Alliance partners, including deploying in multinational formations with those partners. It enabled multinational cooperation to modernize the aircraft at greatly reduced costs over its lifetime.

Common aircraft did not guarantee that Denmark would be as effective as others in coalition air campaigns, however. This required substantial modernization of the aircraft, acquisition of advanced systems and munitions, reorganization of the Royal Danish Air Force, a change in its organizational culture, and sufficient numbers of pilots. Once these adaptations occurred, Danish performance in expeditionary air operations garnered Denmark praise from its coalition and Alliance partners.  Danish leaders should cooperate with its allies in a similar way to replicate this experience when they choose a replacement aircraft in 2015.

Because international cooperation proved to be such an important part of the Danish F-16 experience, the Centre for Military Studies partnered with The Williams Foundation of Australia to host a symposium at Kastellet in April 2015.  Together 10 airpower experts from Denmark, the Netherlands, the United Kingdom, Australia, and the United States explored how medium and small air forces could cooperate with one another to generate innovative concepts of operation that increase joint combat power to address regional and global security issues in the coming years. 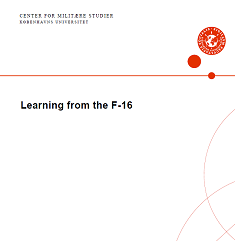 Download the bibliography for "Learning from the F-16" here. 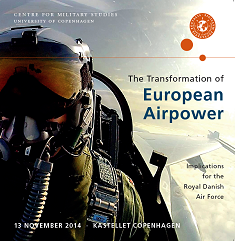