Learning from the Ilulissat Initiative

In May 2018, ten years will have passed since the representatives from the five Arctic coastal states (Canada, Denmark, Norway, Russia) and the Home Rule government of Greenland met in Ilulissat. Learning from the Ilulissat Initiative examines how the initiative came about, and how it has affected the existing regional order in the Arctic.

Arctic diplomacy extends beyond the polar region
Arctic diplomacy is important because it enables practical solutions to regional issues and reduces the potential for great power conflict in the region.

Arctic institutions also have an impact that extends beyond the polar region, as they give Russia and Western diplomats an arena for communicating about broader non-Arctic questions, even as general East-West relations have grown strained since the Ukraine Crisis.

Regional diplomatic cooperation between the Arctic states has largely continued after the Russian annexation of Crimea in 2014, partly because Russia has strong economic interests in maintaining peaceful Arctic relations. Northern forums therefore give policymakers a rare opportunity to meet, communicate, and influence a key region.

Denmark’s diplomatic clout can be understood from the Ilulissat
The Ilulissat meeting was the result of a joint Danish‒Greenlandic initiative and is often hailed as one of the most prominent examples of successful Arctic diplomacy.

The Arctic Strategy of the Kingdom of Denmark is scheduled to be updated in 2018‒19. The report therefore aims to provide the basis for debate on Arctic governance and the future of the principles of the Ilulissat Declaration in the hope that it might contribute to these processes. 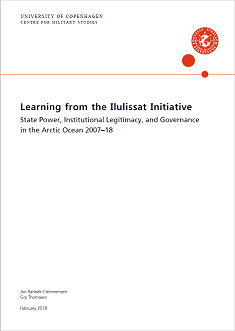 Figure 2: The Reinforcing Cycle Between State Power and Legitimate Institutions

Figure 3: Use of term in the Annual Intelligence Risk Assesments Published by the Danish Defense Intelligence Service 2004-14

Figure 5: Causes of the Waning Interest in an Arctic Treaty

Figure 7: Scenarios for Institutional Development in the Arctic

Ilulissat Two: Why Greenland and Denmark are inviting Arctic governments back this May (Martin Breum, Arctic Today, 22-08-2018)