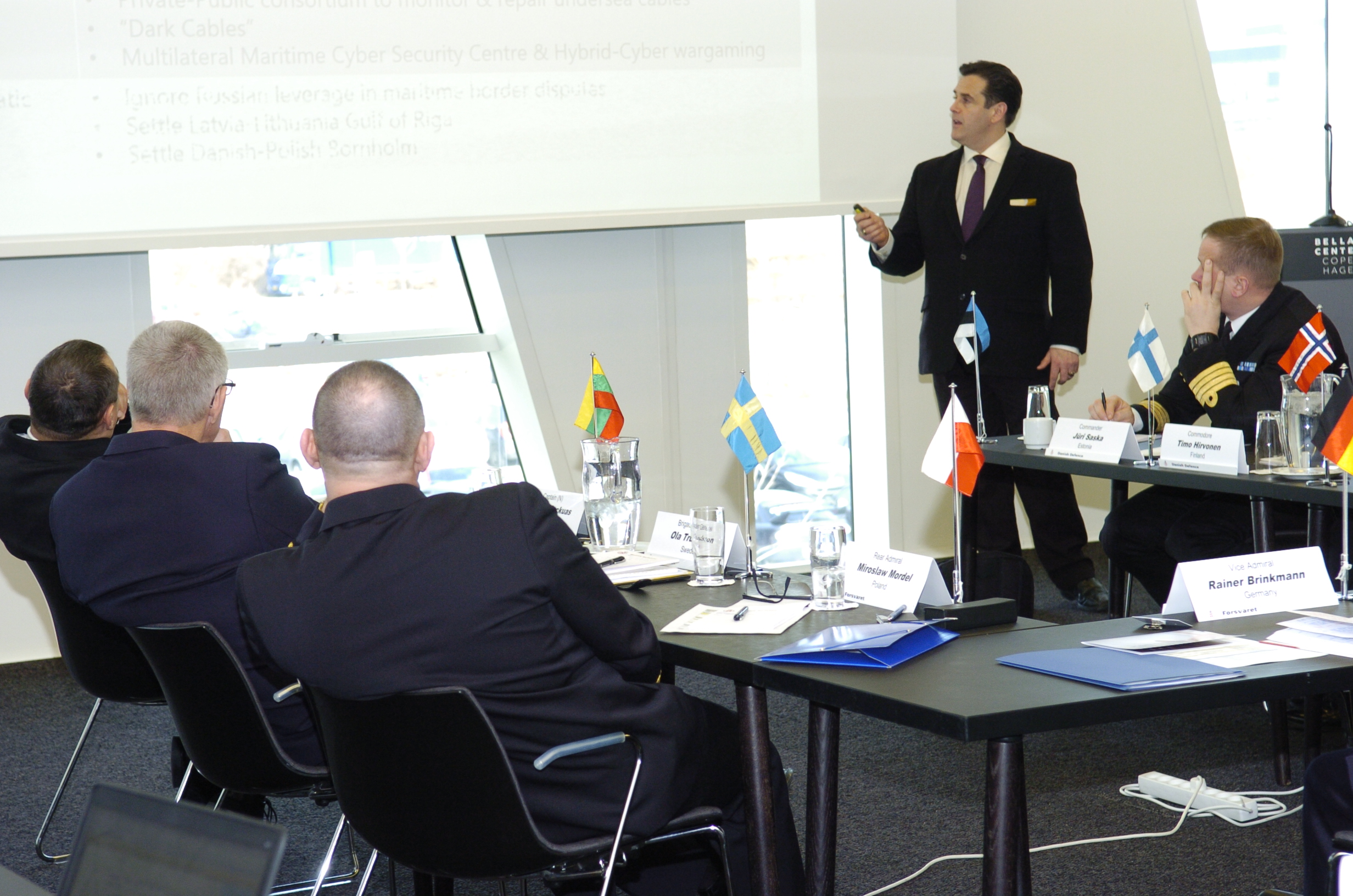 In addition to briefings on areas of maritime cooperation that working groups had prepared, the group was addressed by two invited speakers.

Former Foreign Minister Uffe Ellemann Jensen discussed the importance of cooperation in the Baltic Sea region and the role that Denmark had played to facilitate such cooperation in the post-Cold War period and Dr. Gary Schaub, Jr., senior researcher at Centre for Military Studies, briefed on the potentialities of hybrid maritime warfare in the Baltic Sea region and cooperative measures that the commanders and their governments could undertake to reduce the associated risks.

You can read more about this meeting at the Defence Command website.