Public lecture: The Crimes of the British Empire — and Why No One Gets Punished

Clive Baldwin has been Senior Legal Adviser at Human Rights Watch since 2007. He is a facilitator of an HRW group examining rights, racism and colonialism and is currently researching a report on the rights of the Chagossian people.

He will discuss some of the worst crimes committed during the British Empire, including the destruction of the Palawa, the Tasmanian Aboriginals; systematic torture in Kenya and the forced displacement of the entire Chagossian people, as well as recent imperial legacies in war crimes by British forces in Iraq. He will ask why hardly anyone has ever been prosecuted for these crimes, and why they still remain largely ignored.

No registration is needed. 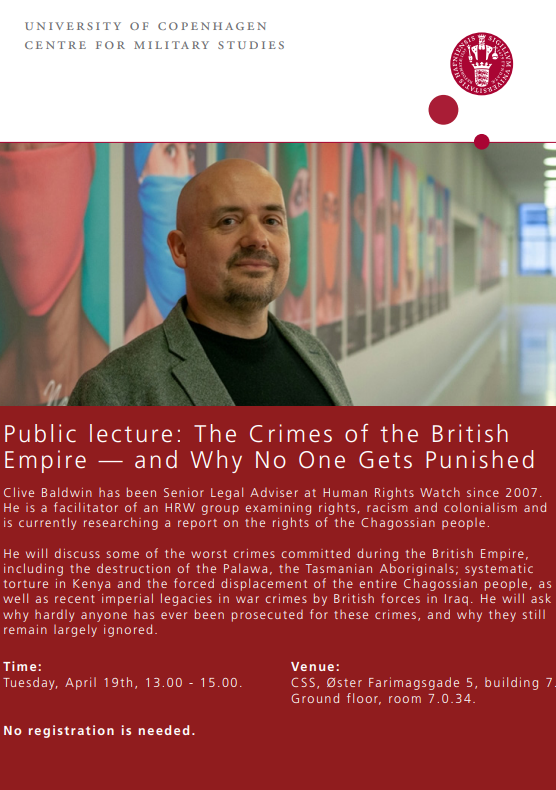