Inside Biden’s Effort to Restore the Liberal International Order

This Lecture will give an insider’s perspective into how, after a year and a half, the Biden Administration has been grappling with the daunting tasks of revitalizing the international human rights system, managing the existential threats of pandemic, economic crisis, and climate change, controlling the U.S. border, exiting Afghanistan, and dealing with Putin’s campaign of aggression and atrocity against Ukraine. The lecturer, a former U.S. State Department Legal Adviser and Yale law professor who returned to serve in the first year of the Biden Administration, recently argued on behalf of Ukraine in securing a binding provisional measures order against Russia before the International Court of Justice. 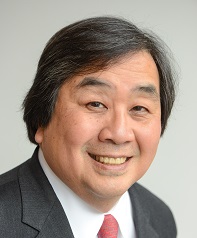 Harold Hongju Koh is Sterling Professor of International Law and former Dean (2004-09) at Yale Law School, where he has taught since 1985. A Korean-American, he graduated from Harvard, Magdalen College, Oxford (PPE Marshall Scholar 1977), and Harvard Law School, and has received 17 honorary degrees and more than thirty awards for his work in human rights and international law. Professor Koh has served under four US presidents, as Senior Advisor (2021-present) and Legal Adviser to the US Secretary of State (2009-2013), Assistant Secretary of State for Democracy, Human Rights and Labor (1998-2001),  and Attorney-Adviser at the US Department of Justice (1983-1985). He also served in the judicial branch, as a law clerk for Justice Harry A. Blackmun of the US Supreme Court, and Judge Malcolm Richard Wilkey of the US Court of Appeals for the DC Circuit. An Honorary Bencher of Lincoln’s Inn and associated Member of the Blackstone Chambers, Professor Koh is an Honorary Fellow of Magdalen College, Oxford, and served as Visiting Fellow at All Souls College, Clarendon Lecturer in Law at the Oxford Law Faculty, Oliver Smithies Lecturer at Balliol College, Waynflete Lecturer at Magdalen College, and Arthur Goodhart Visiting Professor of Legal Science and Fellow of Trinity and Christ’s Colleges, Cambridge.

Professor Koh is the author of eight books and more than 200 articles, has argued regularly before US and international courts, and testified frequently before the United States Congress. A Fellow of the American Academy of Arts and Sciences and the American Philosophical Society, he is a member of the Council of the American Law Institute, and received the Wolfgang Friedmann Award from Columbia Law School and the Louis B. Sohn Award from the American Bar Association for his lifetime achievements in international law.