Tuesday, October 31, Centre for Military Studies hosted the seminar "Baltic Security and Hybrid Warfare". The seminar focused on the challenges that hybrid warfare poses to the security of the Baltic region and on possible counterstrategies. 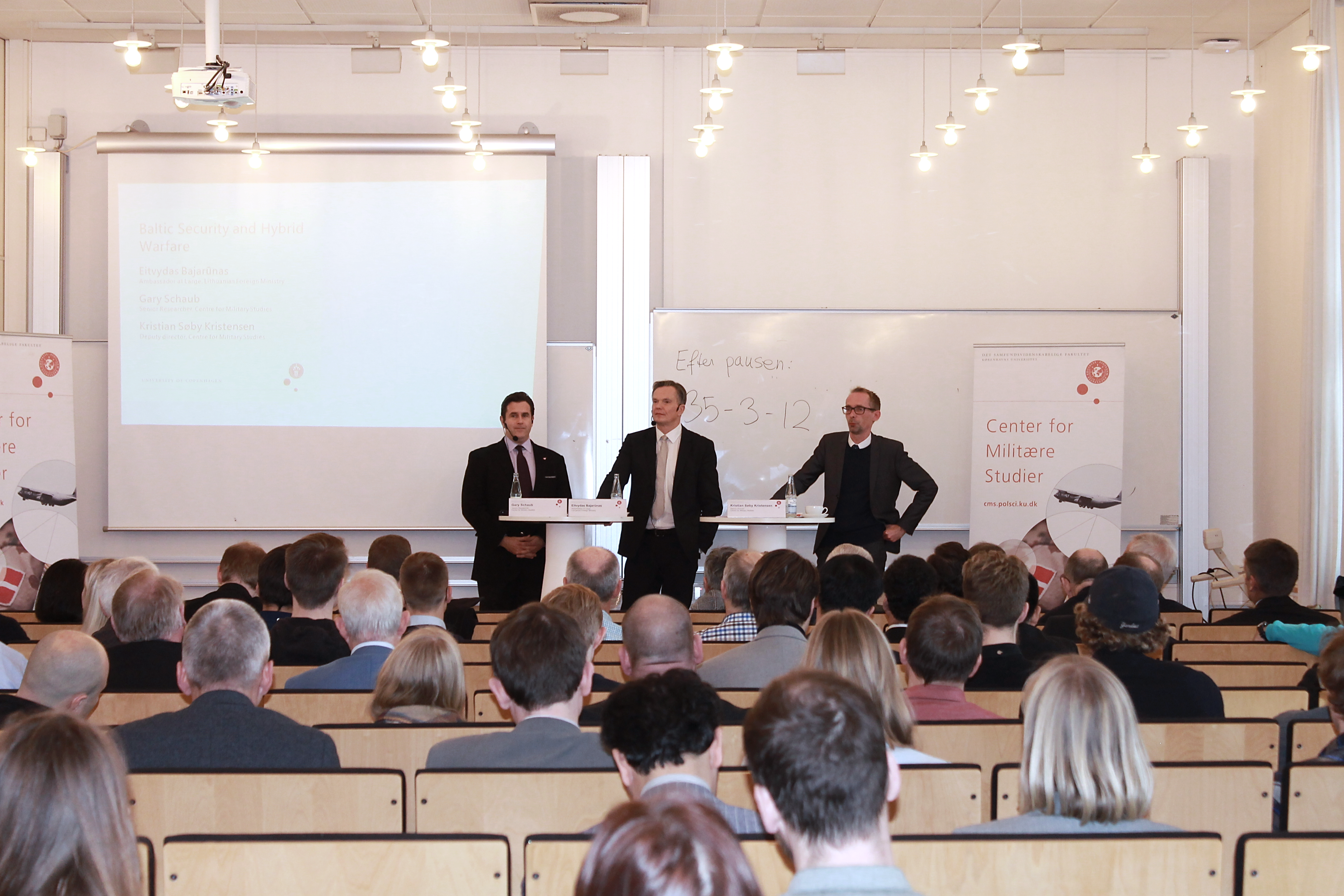 Dr. Schaub stressed that the objective of using hybrid warfare techniques is to disrupt and confuse in order to delegitimize liberal, democratic governance. In addition Mr. Bajarūnas pointed to the fact that hybrid warfare is difficult to counter because all of society is encompassed.

Both speakers looked positively on the fact that NATO during the Warzaw summit confirmed that hybrid threats could provoke an activation of article 5. Furthermore, Mr. Bajarūnas also referred to the effectiveness of the civilian population when it comes to counter Russian misinformation on social media.